EATING FOR THE SEASON OF SPRING

In Ayurveda we learn that each season of the year, due to it’s innate qualities, will cause particular imbalances within our body. When we stay vigilant to these environmental changes and make precautionary changes in our diet and lifestyle we can lessen and mitigate the uncomfortable symptoms that are associated with the season at hand.

For example, the season of spring has an excess of the following qualities: wet, heavy, cold, sticky and gross [meaning in totality, the opposite of expansive]. Your body mirrors the qualities that are abundant in nature at any given time. Often in spring people will experience stuck, heavy emotions. Their body will retain water and weight. Their mind will have a lack of clarity and sharpness. Allergies, congestion and spring colds may ensue. These symptoms are more universal then they are personal! The delightful opportunity here is that if you predict the seasonal changes that are coming up and shift your habits accordingly, you can avoid these discomforts and illnesses before they set in.

One simple way to support your body through these seasonal changes is to identify the 6 tastes that are in your food. Once you know the 6 tastes the trick is to eat more of some tastes and less of others depending on which season it is. Sticking with the example of spring, during this season you’ll want to eat plenty of foods that are bitter, astringent and pungent in taste. You’ll also want to eat less of the foods that are sweet, sour and salty.

This brings us to the featured “food as medicine” ingredient in today’s recipe, Turmeric Honey.

You’ve likely heard about Turmeric; it’s a beautiful, bright yellow rhizome that grows wild in the forests of South and Southeast Asia where it is collected for used in traditional Ayurvedic remedies. Turmeric has risen to fame as of late due to the media touting the studies of the compound Curcumin that is found in turmeric root. There are plenty of articles claiming that if you consume this compound on a regular basis your health can be impacted in a positive way. Just recently a counter argument has been given; I’ll get back to that.

Let’s start here first – below are a few ways that turmeric may support you in feeling awesome in your body more often.

At the cellular level your body is amazing; there is a universe of activity going on all the time. The main mission: seek out invaders and bring harmony to the land. When you have joint, connective tissue or muscular pain it’s often due to inflammation in your body. Inflammation is your body’s first line of defense against toxins, infections and injuries: it’s a good thing. However, chronic inflammation is no bueno; left untreated it can lead to heart attack, stroke and more.

Chronic inflammation is a well known contributor to many Western diseases. The cool thing is that you have the ability to change chronic inflammation! In order to do that you’ll likely need some diet and lifestyle changes which are hard, but well within your scope. While you’re working to make these bigger changes you can add in food medicines to help your body at the cellular level.

At the cellular level Curcumin inhibits your body’s production of certain molecules called eicosanoids. In your body, one of the jobs that an eicosanoid has is to produce inflammation (the good kind). The problem with chronic inflammation is that your body’s immune system is sensing too many invaders and creating too much inflammation; this creates a chain reaction of exacerbated symptoms.

Bottom line: it’s highly important to reduce chronic inflammation at the root of the cause with diet and lifestyle changes. In the meantime add some turmeric into your diet.

When the antioxidant levels in your body are lower than the level of free radicals in your body your immune system gets overloaded and aging occurs more rapidly.

Free radicals occur in your body due to regular body functions like breathing and digestion. However, exposure to environmental pollutants, alcohol, smoking, some medication, street drugs, too much exercise, high stress and a poor diet will increase the amount of free radicals present in your body.

Antioxidants lessen the impact of free radicals and they are found in some foods. Your body has the ability to produce antioxidants but that declines with age. The reason that antioxidants are often said to be “anti-aging” is because they help to protect you from age-related diseases and degeneration which are caused in part, by free radicals and inflammation. Of course you can’t stop the aging process but a diet high in antioxidant rich foods may help you to avoid age related diseases while at the same time it will enable more vitality and vibrancy within your body’s system.

Curcumin has powerful antioxidant effects. It neutralizes free radicals on its own, then stimulates the body’s own antioxidant enzymes.

Turmeric has a sophisticated resume when it comes to all the ways in which it can assist your body and it’s immune system. This is not a complete list whatsoever but some key selling points are that it turns on antioxidant producing genes, inhibits inflammatory enzymes and supports your liver to do it’s job of detoxification.

Turmeric boosts levels of the brain hormone BDNF (Brain-derived neurotrophic factor), which increases the growth of new neurons and fights various degenerative processes in the brain.

There have been studies that compare the use of turmeric to that of Prozac. One study showed “clinical evidence that curcumin may be used as an effective and safe modality for treatment in patients with MDD [major depressive disorder] without concurrent suicidal ideation or other psychotic disorders.”

Turmeric is a food that combats the bad and supports the good within your body. This leads to a healthier brain, better moods and increased mental/emotional health.

CONFLICTING STUDIES + GETTING BACK TO SPRING

Apparently the fame of turmeric has been somewhat hyped by the media; not that turmeric doesn’t have numerous health benefits, it does! It’s just that the media positioned it to be a cure all in a supplement. There’s also a catch: Curcumin is not easily absorbed by your body. So, if you are buying and taking Curcumin in a supplement form it may not be making it into your system very effectively. Enter Ayurveda.

Ayurveda has great reverence for plants, food and digestion. There is a wonderful teaching that brings us back to the 6 tastes – the taste of the herb offers you additional benefits and it increases the plants absorption into your body. Turmeric’s chief taste is bitter. If you don’t like bitter tastes you can train yourself to like them, the health benefits are vast.

Below is a recipe for Turmeric Honey: a simple way to get more Turmeric into your bod and an ideal recipe for the season of spring. The addition of black pepper in this recipe makes the turmeric easier to absorb. Each of the ingredients in this recipe offers it’s own “food as medicine” principle. Raw honey is soothing to the throat and heating in quality. Add in some ginger (a warming spice) + clove and black pepper (both drying spices) and this recipe, that highlights turmeric, becomes a great remedy for some of the common ailments of associated with spring: snot, mucus, colds and more.

Why not? This inexpensive spice has the potential to make a big impact on your health!

This blend is great for keeping your digestion moving, your lymph clean and holding mucus and colds at bay. Eat 1/2 teaspoon after meal once per day in the late fall to early spring; you can increase the dosage if you feel a cold coming on. Great for little people too, especially if their nose is getting snotty.

Place the ingredients in a relatively large flat bowl or a plate with high sides. With the back of a spoon, smash the spices into the honey until you have a smooth, consistent texture. Store in a small glass jar. Keep it on the kitchen counter where it’s easy to remember and reach. 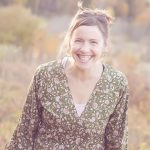 I aim to support you in developing daily habits that help you to feel clear and joyful. We talk food, movement, and yoga. Let’s step closer towards fulfillment and balance in this one precious life.

If you’d like to receive occasional emails with teachings, schedule updates and never spam sign up here.

Would you like to get crystal clear about how to get the mind-body-spirit balance you’re craving?

I have a gift that can help. Begin with this 10-minute writing exercise then you get to schedule a complimentary 30-minute phone call with me. Speaking about what you know you want and can do is incredibly powerful.